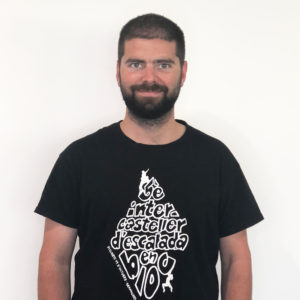 ABOUT GERARD
With a grade in Audiovisual Systems Engineering and a master degree in IT Engineering, Gerard has been developing his career in IT departments, but about two years ago he decided to broaden his goals and now also works in product software development at the Technology Center.

Mountains are Gerard’s innate environment: alpinism, climbing, cycling, running… he’s fascinated by nature and is thrilled to be outdoors while seeking his own limits. He is also passionate about ‘castells’ and is really involved in this local tradition. Actually, he was one of the founders of the ‘castellers’ group at Castellar del Vallès, the so called ‘Capgirats’.