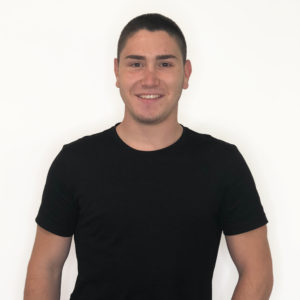 ABOUT DAVID
David studied microcomputer and networking systems and now is getting trained in multiplatform applications development. In his position at DigiProces as an IT technician, David creates applications for the production process and works with databases, servers and technology infrastructures.

David is one of the gamers in the company! He could spend hours playing while time flies and when the game is over the screen remains on for some tv series. But he goes outdoors too, as recently he’s rediscovered his liking for skating. David is one of our youngest team members, but even so he’s also a big fan of fishing!